The system “PikasMob” consists of the two modules:

A) definition of driver work plan for a month including assessment of various factors known in advance, and

B) real-time planning/adjustment of the selected days of a month referring to constantly changing circumstances – illnesses of drivers, holidays, absences at work, breakdowns of vehicles, urgent changes to timetables due to repairs on streets, etc.).

Sample traffic schedules for drivers (which indicate following which schedule a driver may work and in what order):

“PikasREM” is designed for planning of preventive inspections and scheduled and overhaul repairs referring to actual mileage in compliance with set requirements for certain vehicle model (having regard to its age, wear and tear, etc), and according to technical capabilities of the repair workshop. “PikasREM” incorporates the same graphical editor

for repair scheduling as “PikasMob” which is designed for review and editing of data about vehicles according to the selected month, i.e.: 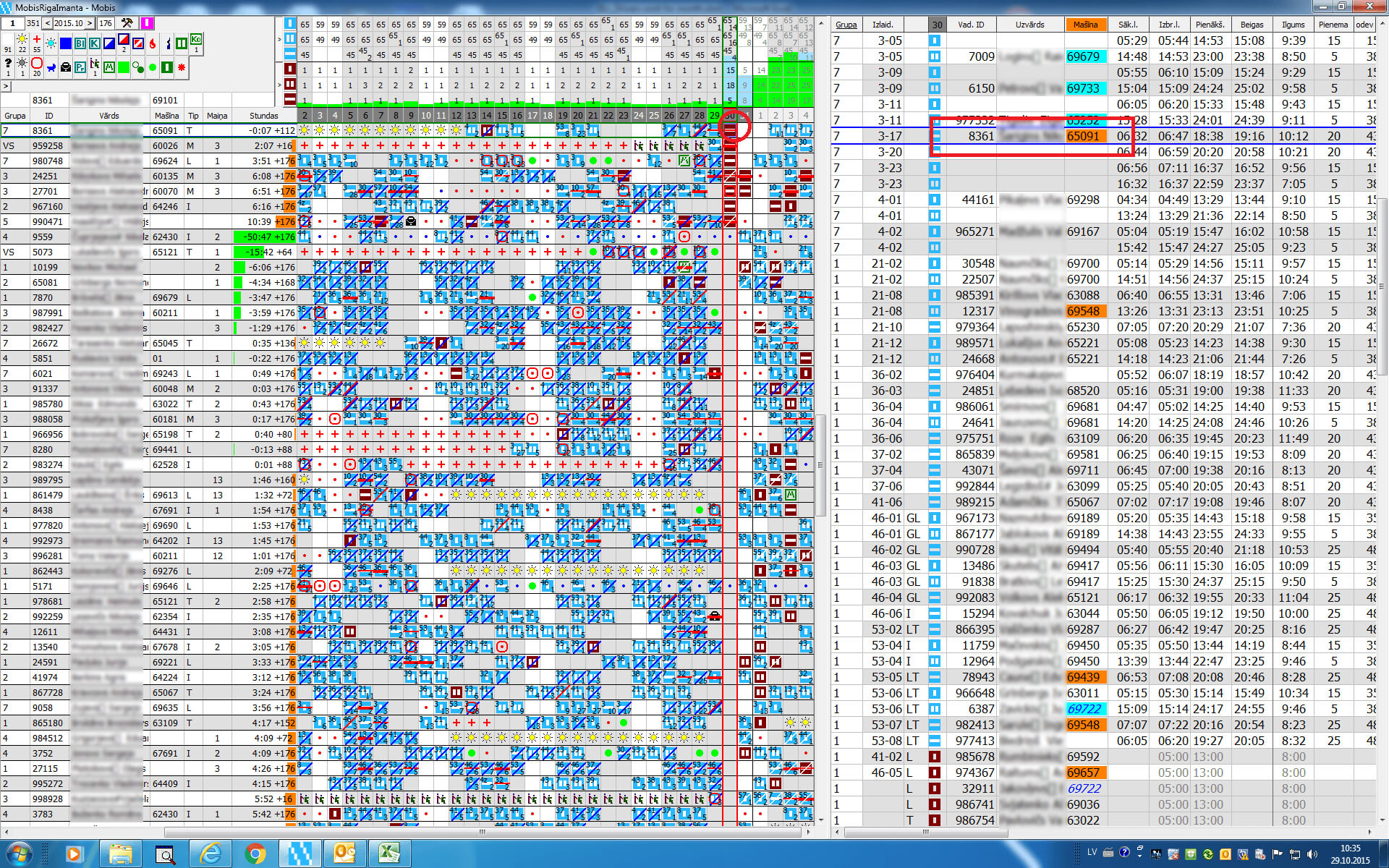 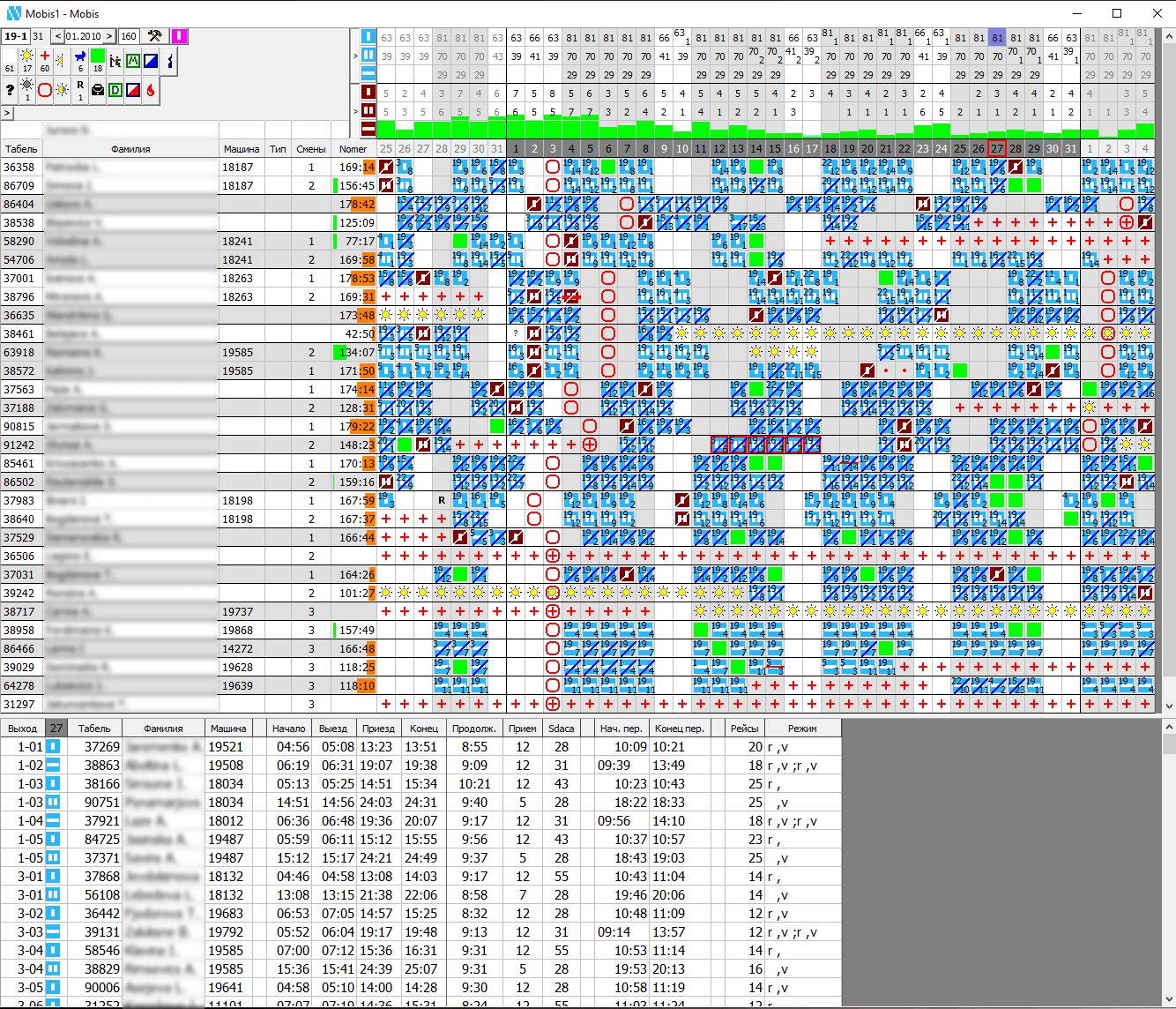 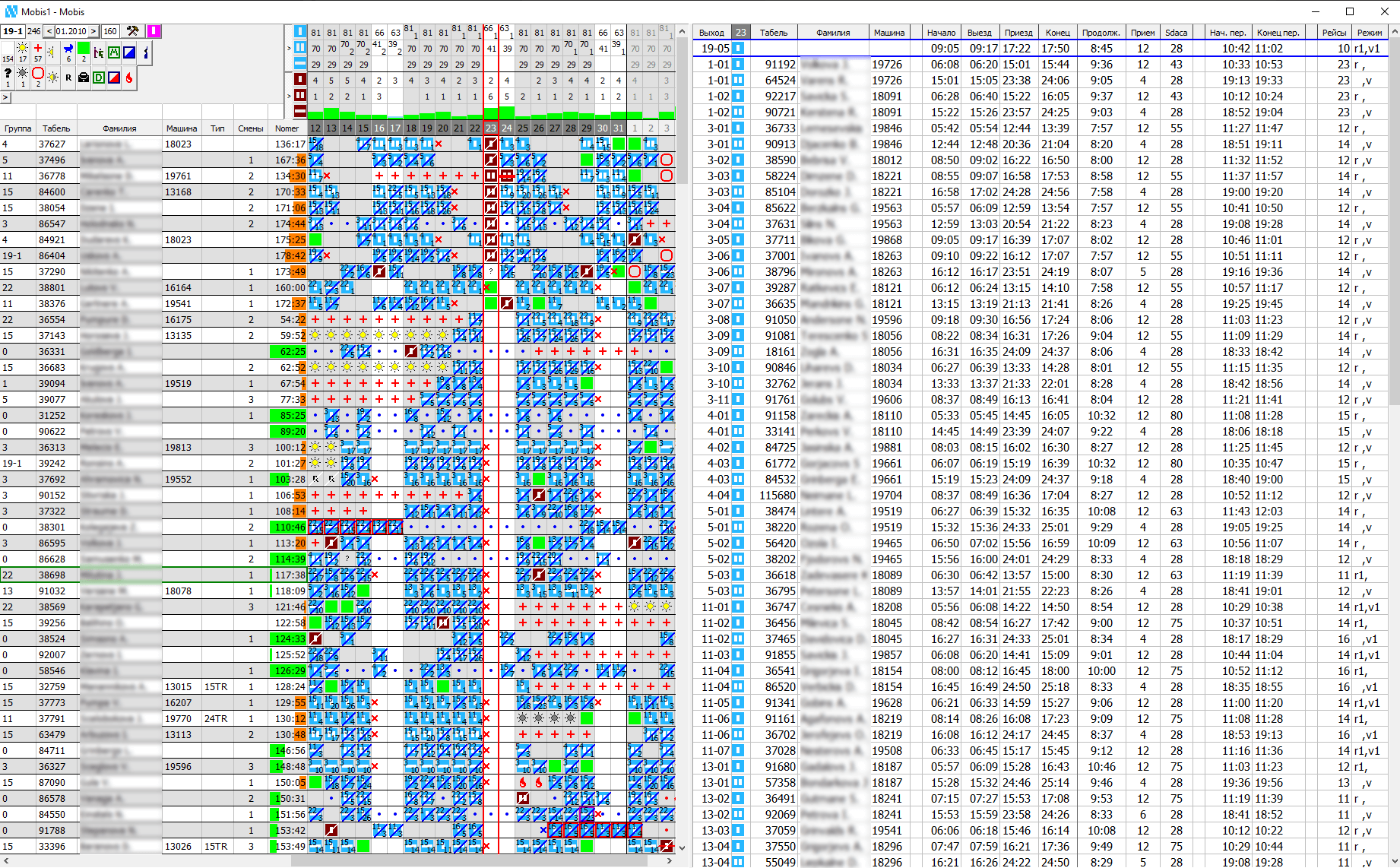 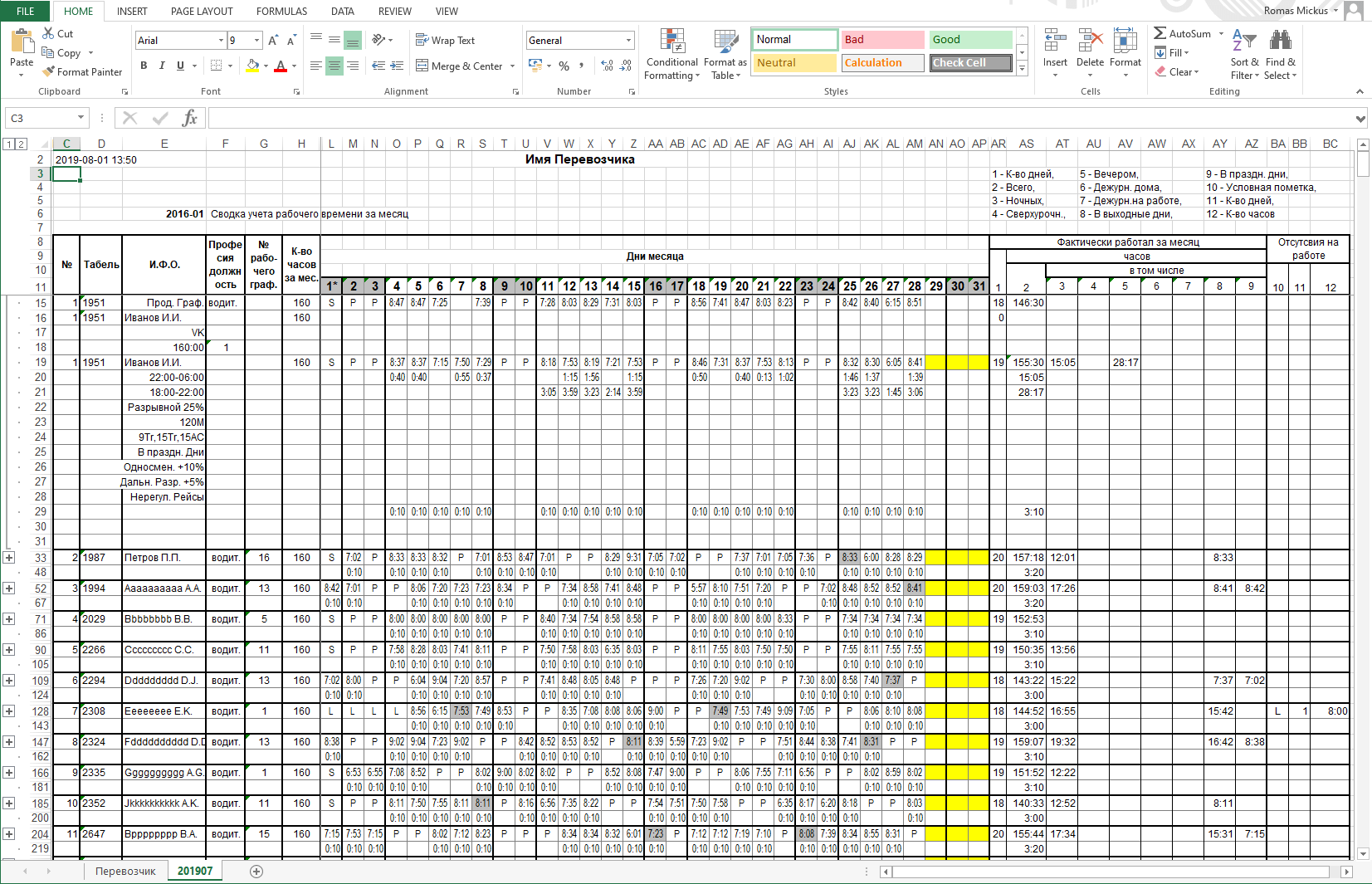 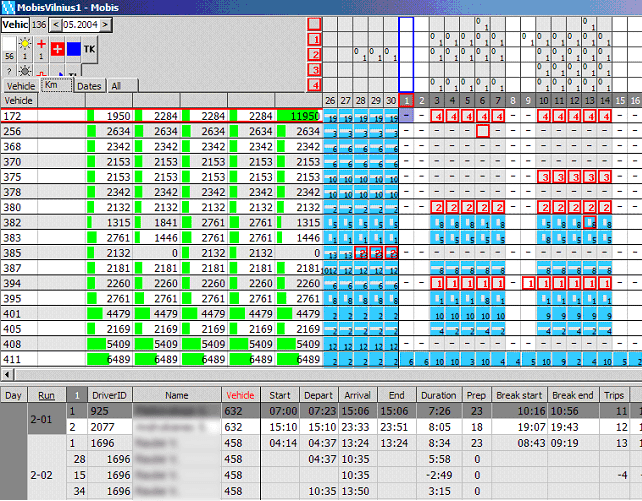